The Lawson Academy Charter School is a place for young scholars in under served communities to grow in citizenship, academics, and personal development.
Visit The Website 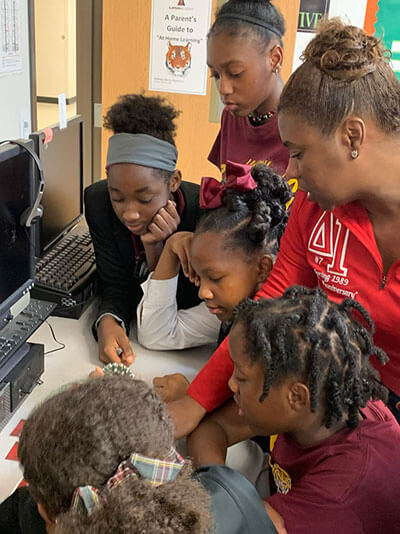 The Lawson Academy is committed to enhanced academic and social development in youth. Through a comprehensive college preparatory curriculum with on-going enrichment and support, students receive authentic hands-on learning experiences and opportunities as well as skills and careers training, for their total growth and progress. Success of this program is evident in the lives of the students, their families, and the community.

The Academy’s mission is to provide quality education and social development with hands-on learning experiences, skills, and career training to insure their lifelong growth and progress.

After nine years under the Houston Independent School District, WALIPP applied for the highly competitive Texas State Charter and received the State Board of Education award in 2010. Today WALIPP Preparatory Academy operates two single-gendered middle school campuses – a boys campus located at Texas Southern University and a girls campus at St. James Episcopal Church. The Academy — on both campuses — uses a creative academic curriculum to build student success and to develop the whole person. In 2015, the name was changed to The Lawson Academy to better reflect the importance of our founders to the community.

The WALIPP Senior Residence provides safe, clean, and functional housing for seniors in a low income situation.
Visit The Website
The WALIPP Senior Residence is a four-story structure offering independent living for adults age 55 and above, which opened in 2004, including a central elevator/atrium area. It provides 42 two-bedroom and 8 one-bedroom apartments. All amenities comply with the American Disabilities Act. It is located on a 1.88-acre site on Scott Street near Southmore, a major thoroughfare in Houston’s Third Ward community.

The resident population is African-American, and most relocated from single-family homes in the Third Ward. Occupancy in the WALIPP Senior Residence stays near 100%, including our oldest resident (100) and several persons who have lived here since the building opened in 2005.

The building contains 50 spacious apartments for active elders aged 55 and above. Two retail spaces on the first floor are also leased, providing barber and beauty salon services conveniently on the property.

The Third Ward is home for an increasing number of seniors who entered the community during the 1950s and 60s, when the original boundaries moved southward. These residents no longer need the homes in which they raised their families; however, they prefer to live in comfortable and affordable facilities in the neighborhood they know. WALIPP Senior Residences provide this option. 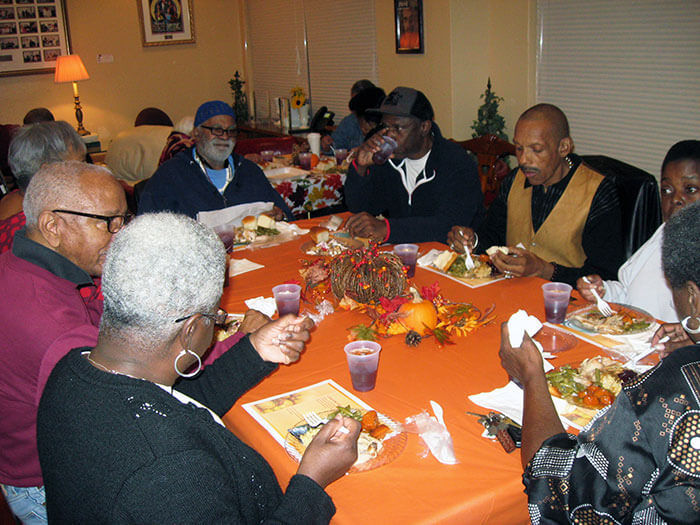 The WALIPP Senior Residence is more than an apartment building; it is a community of active elders who enjoy independent living among friends. 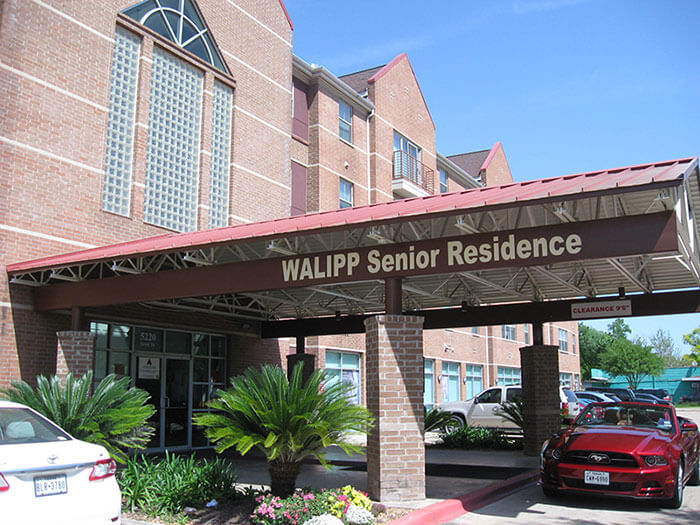 This is the home you’ve been looking for!  The WALIPP Senior Residence is a warm community of active elders who enjoy the safety and comfort of a high-rise apartment lifestyle with a neighborhood feel.  Regular activities include Bible Study, fitness, movie nights, charades, and community programs to increase learning and provide helpful resources.

Each apartment offers carpeted bedrooms, wood flooring, all-electric appliances and central air and heat.   Our rates are modest because we care about our residents:  $950 for a 2 Bedroom/2 Bathroom unit and $750 for a 1 Bedroom/1 Bathroom unit (when available).

You can look all over Houston for a place to live, but when you’re ready to come home, come to the WALIPP Senior Residence.

Apartments are rented using Market or Affordable Rates. The WALIPP Senior Residence maintains 51% or 26 apartments as Affordable under the City of Houston HOME program.  Unit rents may be lower for these 26 units.

Non-refundable Application Fee of $35 is required to clear tenants for move-in.  All leases are for 12 months.

Common Spaces that can be used by all residents:

WALIPP maintains a Blue Star property, one of only about 110 in the City of Houston. The Blue Star Multi-Housing Program is a proactive program designed to reduce the potential for crime and to raise awareness in apartment managers, owners and residents.

The awarding of a Blue Star designation means that the apartment community has successfully completed all three phases of the program and has met the minimum standards for certification. It is hoped that, over time, many apartment managers and prospective residents will recognize that the Blue Star Multi-Housing certification will promote a safer and cleaner community with a higher quality of life.

WALIPP is a secure facility with remote control access gates and electronic badge entry. We want our residents to feel safe and secure!

The people here really care for one another.  It’s safe and we enjoy having people who we can share with.  If you can get in, you won’t ever want to leave!

Jimmie Pruitt
We are not just managing an apartment building, we have created a viable and nurturing community: one with Movie & Game Nights, Health Service Presentations, Legal Document Preparation, Tax Preparation Assistance, Weekly Bible Studies, and community parties that engage the residents in fun and rewarding experiences.

The WALIPP Public Defender Program provides legal counsel for those who cannot acquire quality legal services through their own means. 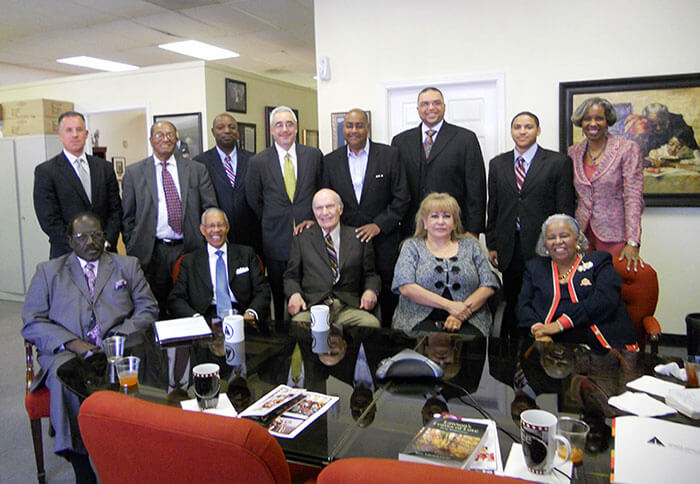 In recent years, the WALIPP Public Defender Program noted scores of exonerations based on DNA or other evidence. The court-appointed lawyer system had enabled careless legal defenses to unfairly jail a significant number of innocent people for years and even decades. WALIPP led the advocacy efforts before the Harris County Commissioners Court to confirm Alex Bunin as Chief Public Defender, the first in our county’s history. The office of the Public Defender steps in when an accused person cannot afford to hire a lawyer.

Mr. Bunin’s appointment, made possible as a result of the efforts of WALIPP and religious leaders of all faiths, marked a major improvement in the system of Criminal Justice for Houston’s indigent population.